Why more architects are embracing prefabrication 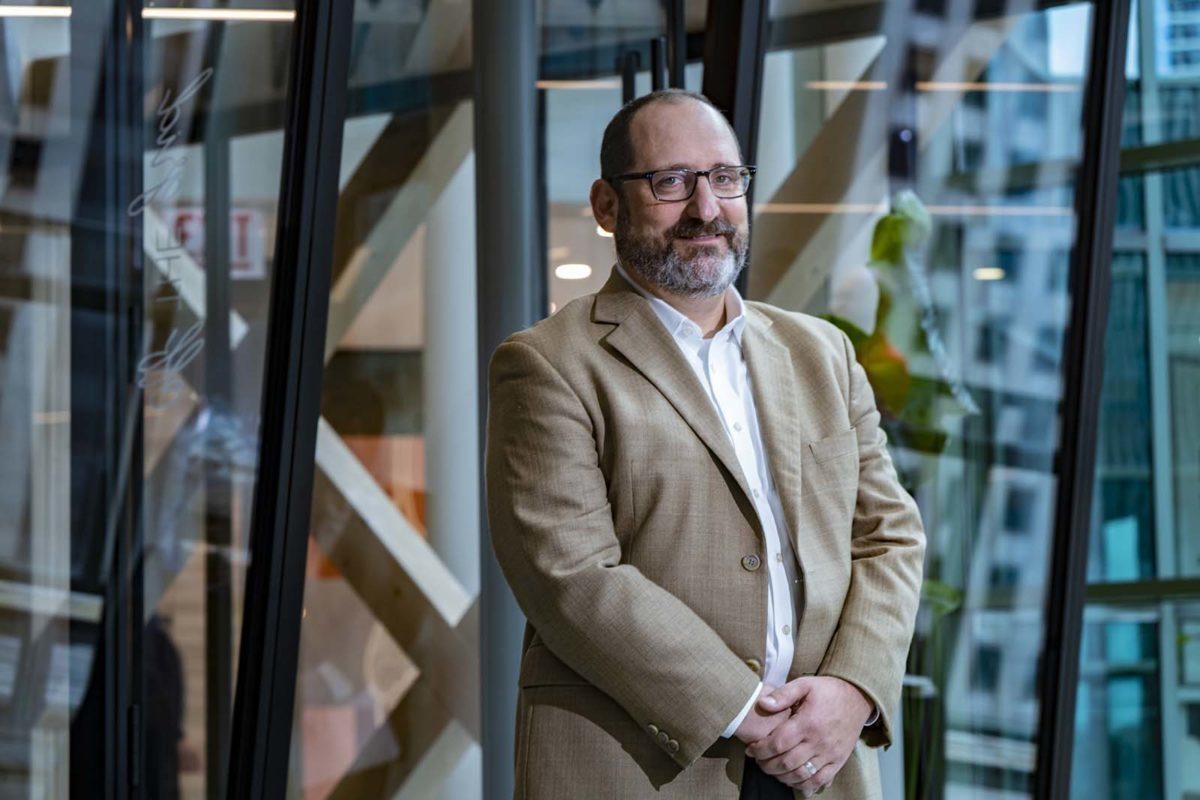 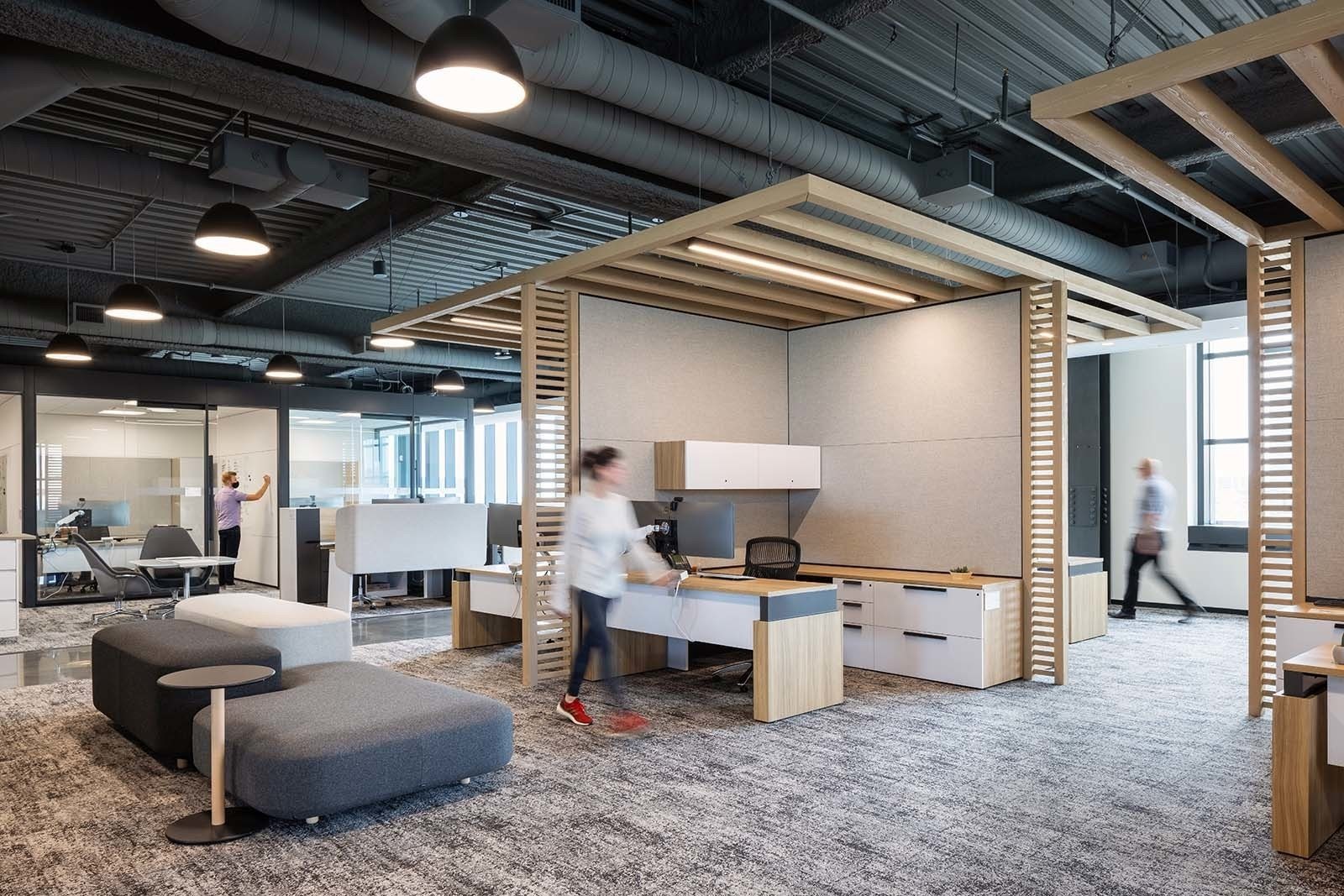 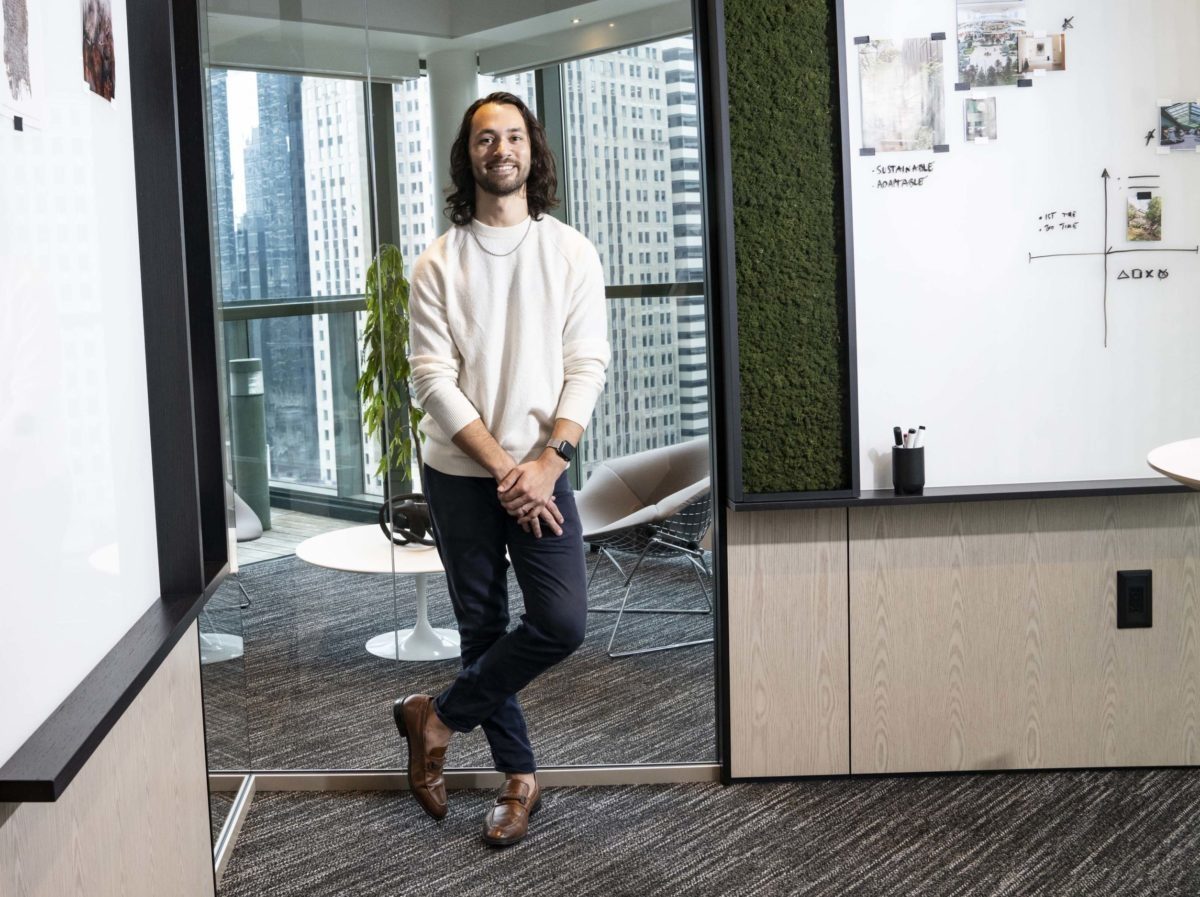 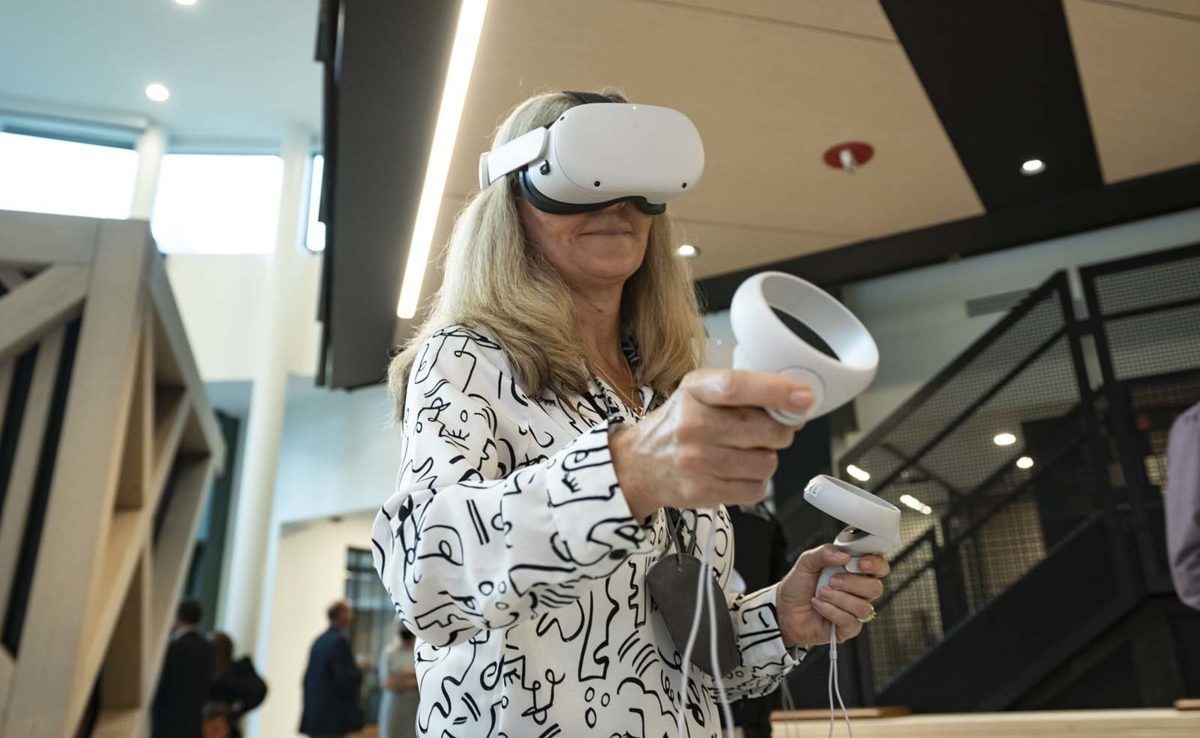 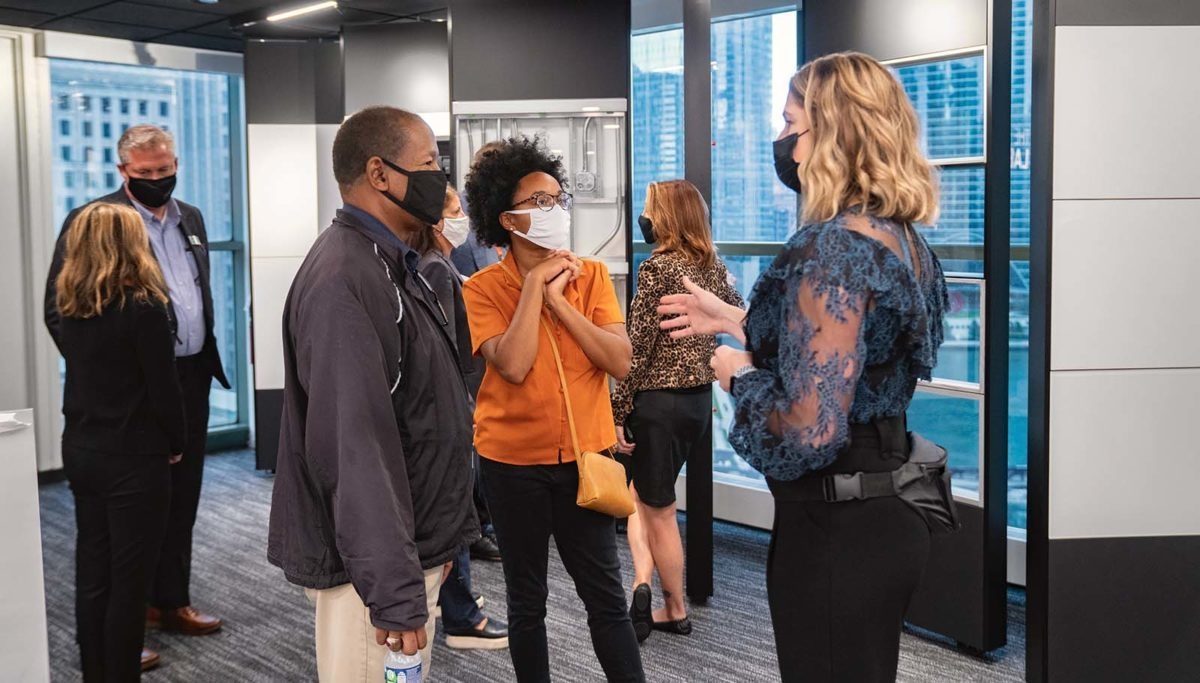 Why more architects are embracing prefabrication

Andrew Martinez has seen a shift lately in how architects respond to his company’s work designing and constructing prefabricated interior space for commercial clients.

To put it bluntly, they’re taking him more seriously.

“Five years ago it may have been difficult to have a conversation with an architect and try to get them to understand the value that we bring through a prefab model,” says Martinez, Director of Operations at Chicago-based Accelerate Built Environments. “Now, it feels like it’s a little more saturated in the market and I think people are really starting to understand [prefab],” he said at Connext.

The benefits of using prefabricated interior construction systems include more predictable project budgets and timing, which leads to lower costs, and a more flexible end-product — all of which are increasingly important when designing or redesigning space now for the future.

According to a 2020 Dodge Data & Analytics report, architects (surveyed alongside engineers) are starting to understand the positive influence prefabrication can have on areas like cost control which, as the report states, “should lead to more development of design solutions that consciously enable it.”

Architects are also starting to appreciate that modular and prefabricated components aren’t cookie-cutter configurations, Martinez says. “There is no sacrifice in aesthetic or function by using a prefab model.”

Building more flexible space has become a top industry consideration — whether it’s an office, a hospital, or a classroom — as we enter a new hybrid work era.

“I think clients are realizing that locking themselves into a specific floor plan for a space is a risk,” Martinez says. “What people are seeing now is that if you build with a prefabricated model, and you design very intentionally for flexibility, you’re able to adjust and you’re able to incorporate new technology, open up a space, or close it off. I think that that’s really becoming the main driver for how we’re going to design and build in the future.”

DIRTT CEO Kevin O’Meara says adaptability has become a priority in the industry. “It’s the first topic on almost everybody’s mind: The ability to have their spaces adapt to what their people need,” he says.

The need for more flexible, adaptable space is especially important in the education sector as classrooms become more hybrid.

“We’re seeing a lot of multipurpose spaces, and while that’s not a new concept… the pandemic has been an accelerator of change,” says Jessica Figenholtz, an architect and Associate Principal and Higher Education at global design firm Perkins&Will.

For instance, she recently worked on a project at a business school where, by using moveable walls, the space could be transformed from an atrium that fits 80 students down to two mid-sized classrooms with 40 students in each, or even smaller breakout rooms for closer collaboration.

“It needs to be a seamless experience,” Figenholtz says. “Students are used to the Starbucks model; they walk in, open their laptop and they’re automatically connected or quickly log in and or they’re able to project their screen onto a monitor that’s in the room. It shouldn’t be difficult; it needs to have those nuances.”

Jenny Manansala, a Senior Interior Designer at Stantec in Hawaii, says more organizations are also opting to bring the comforts of home into the workplace.

“It’s making different environments that are cozy, that have a feel of a residential environment like a living room, and mixing pieces that are commercial,” she says. For instance, a waiting room in a healthcare clinic might feel more like a lounge area with different types of seating.

Also, in healthcare, Manansala says modular walls are being used not only to separate space but also to house technology such as computer screens or touchpads. She recently worked on a project where the drum pendant lighting was designed to absorb sound waves, which helps protect patient privacy.

Designing space with people at the center

Organizations are also looking for their spaces to be more accommodating and inclusive, says Martinez of Accelerate Built Environments.

He says architects are being asked to be part of the conversation with their client’s employees to get a better feel of everyone’s needs.

It means designing space with “intentional function — and making sure that we’re accommodating to all different types of people. We’re going to give them a comfortable place to work. I think that that’s heading to the top of the list of priorities.”

Prefab is ‘here to stay’

The arguments in favor of prefab are mounting. Still, for some industry participants, the hurdle remains changing the way they traditionally do business.

“The biggest challenge is that you’re asking somebody to do something in a very different way than they’re used to,” says David Macro, Vice President at multi-trade prefabrication company AMP Interior Construction based in the Buffalo area.

Macro says once architects and other industry professionals learn more about prefab’s benefits and the fact that aesthetics do not need to be sacrificed, they’re often willing to change their ways.

“The challenge that we have is to do education,” he says. “We have to be brought in early into a project… it’s expensive to turn and go the other direction, so you have to make those decisions fairly early.”

Macro says all industry stakeholders need to collaborate and the discussion table should include “the triangle” of decision-makers — architects, contractors, and owners. Macro believes owners, especially, should be involved.

“A lot of the benefits are to the owner, and if they don’t hear this story too, they don’t understand it,” he says. And they should, Macro argues, “because I think this push towards a prefab is definitely here to stay.”